The Tongji Parking-slot Dataset 2.0 is A DCNN-based Approach and A Large-scale Benchmark Dataset.

This dataset contains 9827 training images and 2338 test images. In order to test the performance of a parking-slot detection algorithm under different special conditions, test images are also grouped into 6 categories,

The images in this dataset were surround-view images synthesized from four low-cost fisheye cameras. Various parking-slot types were considered, including the vertical ones, the parallel ones, and the slant ones. When collecting outdoor samples, different illumination conditions and weather conditions were considered. Typical image samples contained in this dataset is shown below. 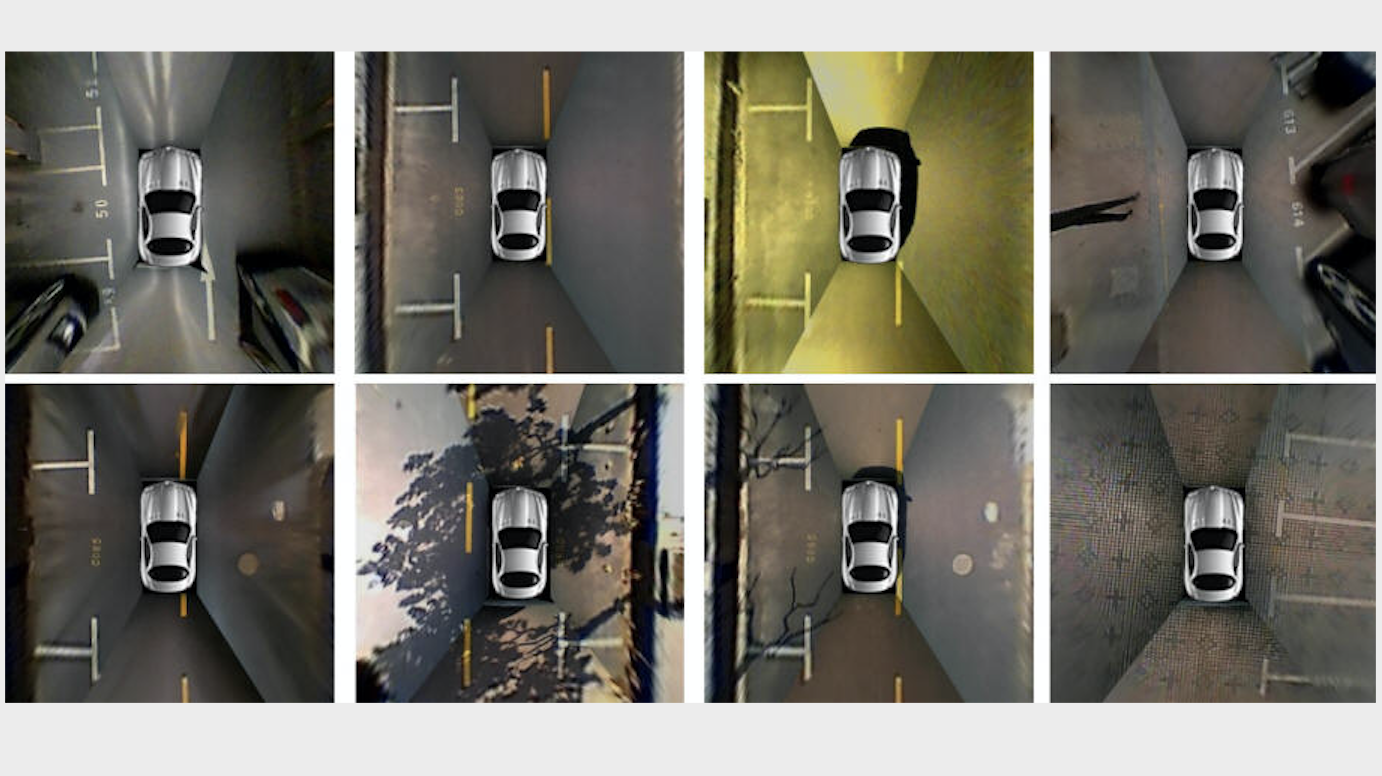